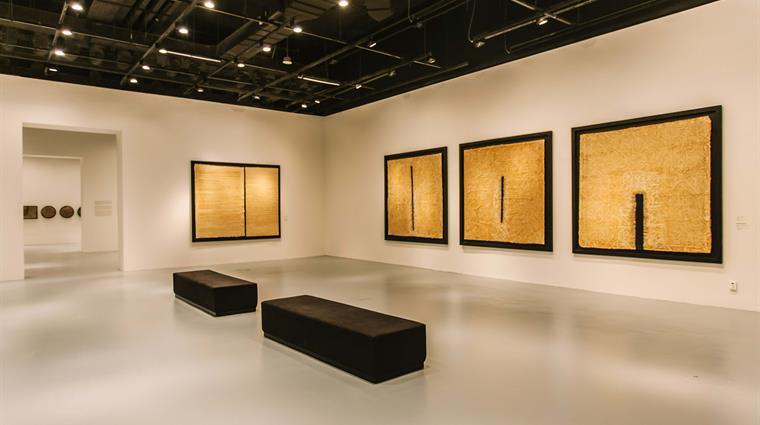 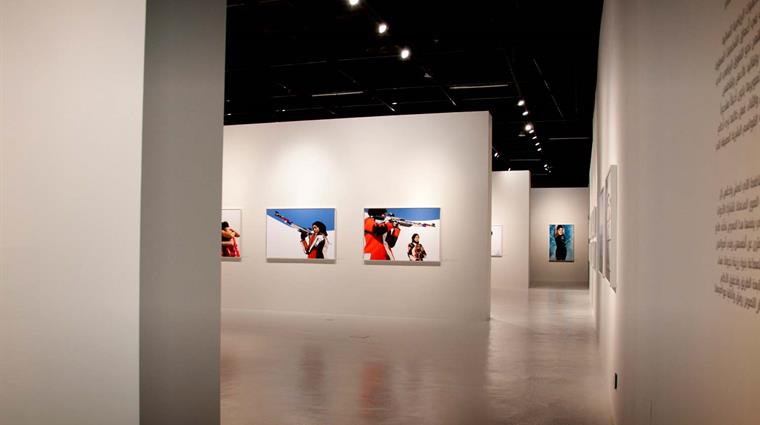 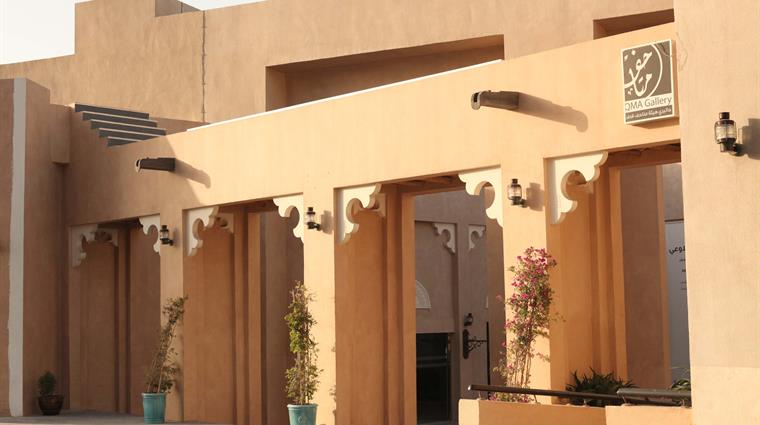 QM Gallery was founded in 2010 as a space for temporary exhibitions organized by Qatar Museums (QM). The gallery is a platform for the upcoming museums in Qatar

Qatar Museums connects the museums, cultural institutions and heritage sites in Qatar and creates the conditions for them to thrive and flourish. It centralizes resources and provides a comprehensive organization for the development of museums and cultural projects, with a long term ambition of creating a strong and sustainable cultural infrastructure for Qatar.  Under the patronage of His Highness the Emir, Sheikh Tamim bin Hamid Al-Thani, and led by its Chairperson, Her Excellency Sheikha Al Mayassa bint Hamad bin Khalifa Al Thani, QM is consolidating Qatar's efforts to become a vibrant center for the arts, culture and education, in the Middle East and beyond.

Since its foundation in 2005, QM has overseen the development of the Museum of Islamic Art (MIA) and Mathaf: Arab Museum of Modern Art, the Al Zubarah World Heritage Site Visitor Centre, and the Fire Station: Artists in Residence. Future projects include the launch of the highly anticipated National Museum of Qatar and the 3-2-1 Qatar Olympic and Sports Museum.

QM is committed to instigating Qatar's future generation of arts, heritage and museum professionals. At its core is a commitment to nurturing artistic talent, creating opportunities and developing the skills to service Qatar's emerging art economy. By means of a multi-faceted program and public art initiatives, QM seeks to push the boundaries of the traditional museum model, and create cultural experiences that spill out onto the streets and seek to involve the widest possible audiences. Through a strong emphasis on originating art and culture from within and fostering a spirit of national participation, QM is helping Qatar find its own distinctive voice in today's global cultural debates.

QM Board of Trustees

Representing the full scope of Islamic art, the MIA collection includes manuscripts, ceramics, metal, glass, ivory, textiles, wood and precious stones. Collected from three continents, including countries across the Middle East, and reaching as far as Spain and China, the Museum's artworks date from the 7th through to the 20th century. The pieces represent the diversity of the Islamic world, and are of the highest quality. Designed by noted architect I.M. Pei, the museum building rises from the sea at the end of Doha's Corniche. Inspired by classic Islamic architecture, the building further glorifies the pieces contained within it. The MIA is the flagship project of the Qatar Museums Authority, which under the leadership of its Chairperson, H.E. Sheikha Al Mayassa, is transforming the State of Qatar into a cultural capital of the Middle East.

Mathaf: Arab Museum of Modern Art opened in 2010 in a former school building in Doha's Education City. The museum's collection offers a rare comprehensive overview of modern Arab art, representing the major trends and sites of production spanning the 1840s through the present. Mathaf also presents exhibitions that situate the Arab world in relation to a larger art context. The museum offers programs that engage the local and international community, encourages research and scholarship, and contributes to the cultural landscape of the Gulf region, the Middle East, the Arab Diaspora, and beyond.

Located next to the Museum of Islamic Art, ALRIWAQ DOHA is another temporary exhibition space by Qatar Museums Authority covering a total area of 5000 m2 .  ALRIWAQ DOHA provides a venue for local exhibitions by QM museums and departments displaying their historic and rare objects and collections, as well as shows by international artists organized by QM in line with its vision to be a cultural instigator seeking to stimulate debate and discussion. ALRIWAQ DOHA exhibition space was inaugurated in December 2010 with "Told/Untold/Retold" and "Interventions" exhibitions, followed by "Murakami-Ego" in February 2012 and "Mal Lawal" in September 2012.

QM Gallery was founded in 2010 as a space for temporary exhibitions organized by Qatar Museums (QM). The gallery is a platform for the upcoming museums in Qatar to present their collections, projects, and visions. The Gallery also hosts exhibitions of Qatari artists and organises international exhibitions. The wide range of the exhibitions – such as photography, archaeology, art, sports, architecture and sculpture – makes the QM Gallery a place of encounter for a broad local and international audience.

The 3-2-1 Qatar Olympic and Sports Museum will be an amazing experience with interactive and unforgettable exhibits, inspiring objects and unique activity areas. It will be constantly updated and designed to educate and entertain, delivering state-of-the-art sport from around the world. The museum demonstrates to the world that sport and Qatar are closely linked. As a local hub and a global magnet, it will attract a broad range of visitors from schools, families to tourists as well as visiting dignitaries and academic researchers. As a widely recognised national and international centre for sports history, heritage and knowledge 3-2-1 promotes and encourages academic research. The 3-2-1 is a member of the Olympic Museum Network, which currently unites 22 Olympic museums worldwide.

The new NMoQ features an innovative design by Pritzker Prize-winning architect Jean Nouvel that is inspired by the desert rose and grows organically around the original Emiri palace. The Museum will celebrate the culture and heritage of Qatar and its people, embodying the pride and traditions of Qataris while offering international visitors a dialogue about rapid change and modernization. The NMoQ will represent the past, present and future of Qatar through exhibitions, educational activities, cultural site visits, and technology-based programming.

Redesigned to become a hub to support the local art community and encourage exchange between artists, the Fire Station will house a rolling nine-month Artist in Residency program. It will present the opportunity for exchange between local artists, the academia, the community and the flourishing art scene in Qatar. Under the supervision of Qatari Architect Ibrahim Al Jeidah, Doha's former Civil Defence headquarters is undergoing renovation whilst preserving many of its original façade and features. The original station was built in 1982 as a Civil Defence building and used for thirty years until the last Fire Engine departed in December 2012. The new Fire Station building will provide 24 studios and a gallery space for exhibition and community interaction; while the public spaces will be newly built to host a café, restaurant, bookshop, art supply shop, a cinema, and artist facilities.