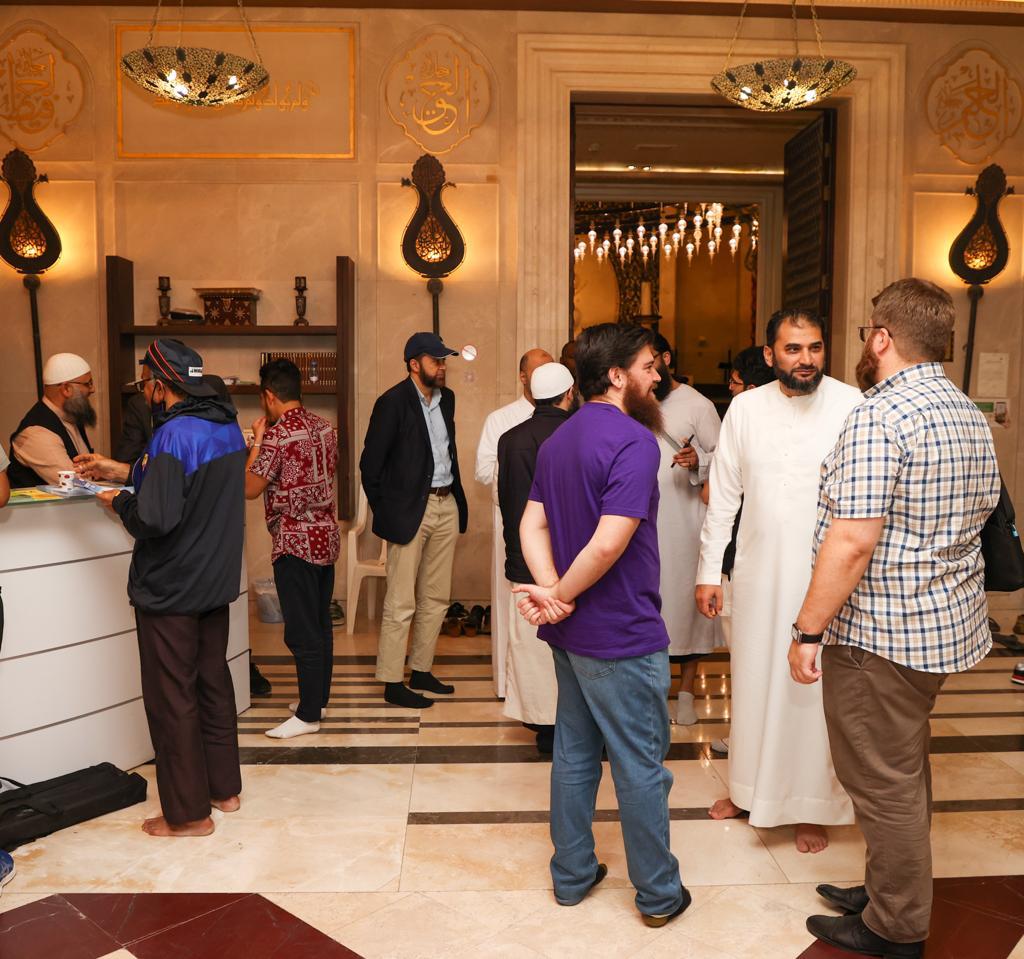 Among the many attractions at the Katara Cultural Village, the Great Katara Mosque (Blue Mosque) has always been a centre of attraction but now more so even the non-Muslim foreigners who are curious at every call of prayer to observe Muslims as they perform the ritual prayer. Many have been entering the courtyard of the mosque and taking souvenir photos.
The Katara Cultural Village has seen thousands of visitors each day having lined up hundreds of art, culture and entertainment activities coinciding with FIFA World Cup Qatar 2022.
The Katara Cultural Village Foundation has set up a lounge near the mosque which also has a sign put up which says: "Ask me about women in Qatar." At the lunge, foreign women visitors can sit and drink tea and coffee, and learn about social life in Qatar with a number of volunteers answering their queries.
Volunteer Umm Ahmed said: “The aim of preparing this place near the mosque is to introduce foreigners to the Qatari culture of clothing, food and drink, customs and traditions, and most of their questions are about social relations of the Qatari family and marriage traditions. Their social questions are mostly on the life of a Muslim based on Islamic values. Many of the visitors admit that their view of Islam and Muslims was tainted by a lot of unjustified prejudice, but being in Qatar has helped change their views a hundred and eighty degrees.”
At the entrance to the mosque, there are employees and preachers from the Qatar Guest Center to introduce Islam to the Eid Charity Foundation. They receive non-Muslims and answer their questions and inquiries about the mosque. They also organize their entry to the mosque after prayers for people to get to know the inside atmosphere of a mosque.
Muhammad Saber, supervisor of the Department of Introducing Islam at the Qatar Guests Center for Introducing Islam of the Eid Charitable Foundation, said that the center offers the “mosque tourism” event for non-Muslim foreigners, given that the mosque is the entrance to Islamic culture, and by answering visitors’ inquiries they can reach the correct picture of Islam. His Eminence, Islam, and at the women’s entrance there are volunteers who speak between 8 to 10 languages, enabling them to interact with the visitors and introduce them to our Islamic culture, of which the mosque is the backbone.