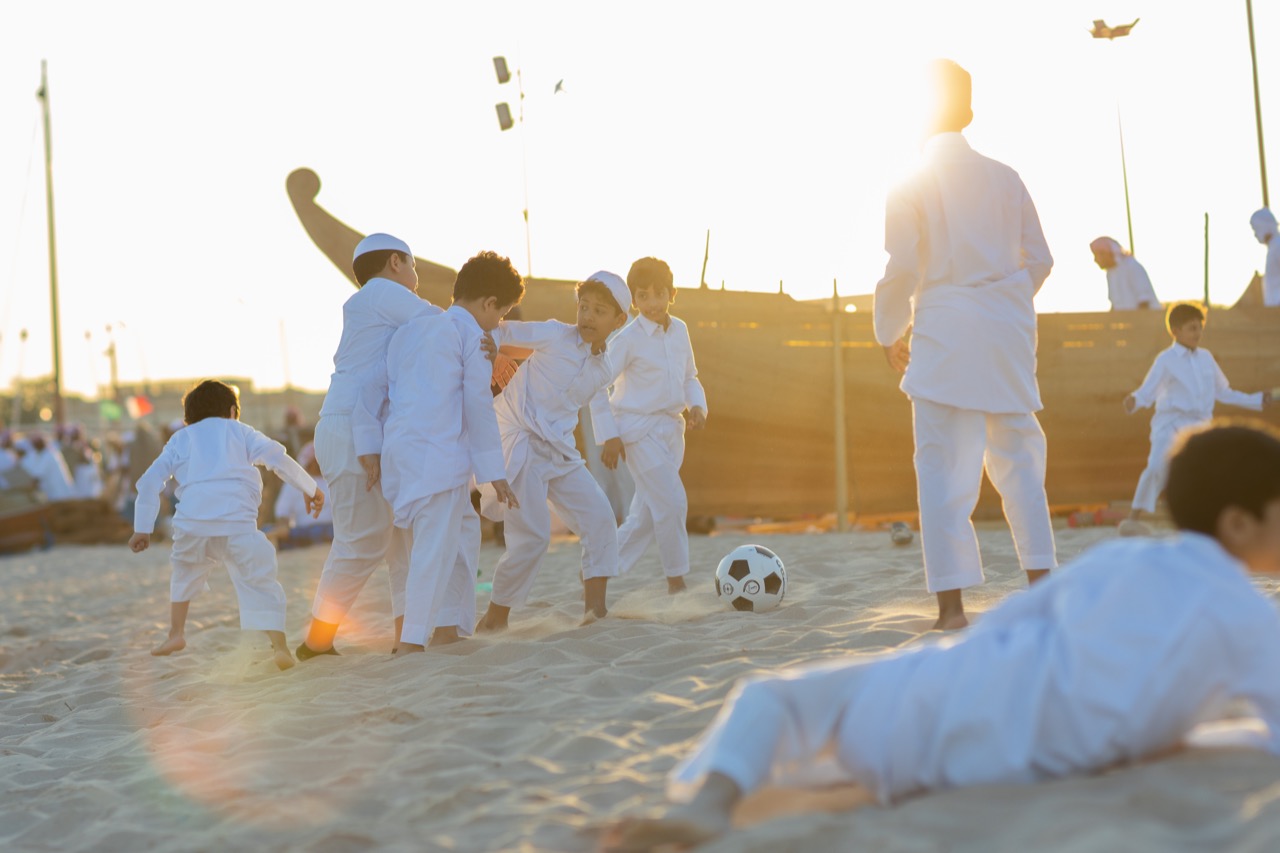 As part of the activities at Katara accompanying the FIFA World Cup Qatar 2022, His Excellency Dr. Khalid bin Ibrahim Al-Sulaiti, Director-General, Katara Cultural Village Foundation, on Wednesday inaugurated the “Iranian Cultural Exhibition” in Hall 12, in the presence of HE Ambassador of the Islamic Republic of Iran to the State of Qatar Hamid Reza Dehghani.
The exhibition shall continue till December 18th (Qatar National Day).
The Iranian Cultural Exhibition includes various pieces of art, various crafts and handicrafts that highlight the nobility of traditional arts and that are famous in various Iranian regions. These have been made by skilled hands of Iranian craftsmen in various arts, including the art of making rose water, saffron, ring art, copper plates, handmade carpets, traditional textiles, painting and engraving on metal.
A section is also dedicated to traditional Iranian costumes made of pure silk and embroidered with golden and silver threads and made over four long years - reflecting its ancient civilization. There is also a plastic arts pavilion which includes the works of the Iranian artist Muhammad Khazaei, which combines the authenticity of heritage, the beauty of decoration, the charm of letters, and the sweetness of nature and the environment.
The exhibition also hosts a range of cultural activities, artistic concerts and accompanying craft workshops, most notably the Iranian music segment presented by one of the artistic groups, which will present musical evenings that reflect the richness of the Iranian artistic culture throughout the days of the exhibition. It combines originality and renewal and represents the cultural diversity that abounds in the various provinces, regions and cities of Iran.
Meanwhile, the Oud instrument exhibition, which is held at the Katara Oud Center, behind the Golden Mosque, is witnessing a great turnout from lovers of this musical instrument with a long history. The exhibition includes playing of the Oud, which is held about three times during the day, from 1:30 pm to 2:00 pm, from 4:30 pm to 4:30 pm, and from 7:30 pm to 7:30 pm.
Visitors to the Oud Machine exhibition can visit the Oud Museum, which includes many types of the Oud instrument dating back to different historical eras. There are also other models of the oud instrument made in different times, and visitors to the exhibition can see archaeological manuscripts that talk about the oud instrument, its types and the best types of wood used in making this amazing instrument.
It is expected that the Oud Instrument Exhibition will organize a major lecture in which Dr. Majid Nazim, Director of Katara Oud Center, will talk about the history of the Oud instrument all over the world, as well as the existing schools around the world to play the Oud instrument.
It should be noted that Katara Oud Center periodically organizes a number of courses to teach playing of the Oud instrument, which are very popular with those interested.
On the other hand, the Katara Traditional Dhow Festival in its 12th edition continues to present its various events and activities attracting a large audience of different nationalities. The traditional dishes at the festival are catering to foreign visitors who want to discover traditional Qatari cuisine.
This is in addition to the visitors' interest in traditional crafts and industries, inspired by the maritime heritage - the various participating pavilions offer.
The distinguished performances of the Omani folk band and the accompanying distinguished folklore performances are adding to the atmosphere of fun and entertainment at Katara Beach promenade.