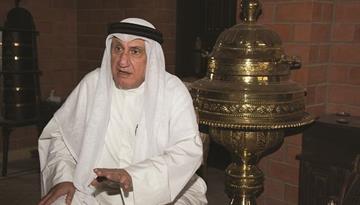 Katara Cultural Village will open the Katara Publishing House  which aims to become a driving force behind publishing industry in Qatar and a connecting link between readers and writers.
The opening ceremony is expected to be attended by a number of dignitaries including ministers, writers and intellectuals.

HE Dr Khalid bin Ibrahim Al Sulaiti, general manager of Katara Cultural Village said that establishment of the Katara Publishing House is considered one of the major steps that Katara has taken to promote culture, knowledge and literature in Qatar. Katara has taken into account the importance of printing and publishing in the promotion of literature and innovation.

Al Sulaiti said that Katara Publishing House every year will honour a Qatari personality who has made important contributions in culture, literature or thought as part of its "Litterateur Trophy."

This year, Dr Hassan Al Nama, a well-known Qatari writer, poet and diplomat has been selected for the prize. Al Nama will be presented the award during the opening ceremony. A documentary film on the life and contributions of the writer will be screened on the occasion.

Katara Publishing House will represent Qatar in Arab and international book fairs and exhibitions, said Al Sulaiti. He called on writers and intellectuals to benefit from this project, the doors of which are open to every men of letters.

Khalid Al Sayed, manager of Katara Publishing House said that the idea behind the project was to bring together all the publishing activities in Katara under one roof.

"Every year we have been publishing about 60 novels under Katara Novels project plus other books on Qatari history, culture, heritage and traditions. We wanted to bring all these under one umbrella to make publishing more professional and systematic," said Al Sayed.

" We want  to promote writers and the publishing industry in Qatar. Katara Publishing House will serve as a link between readers and writers," he added.

Al Sayed said that the scope of the new publishing house is not limited to printing and publishing books.

" We have plans to promote e-books and audio books, which are the new trends worldwide. There are a lot of other activities being planned which will be announced later. We want to give a big push to publishing business in Qatar, on a commercial level," said Al Sayed.

On the selection of Dr Al Nama for the award, Al Sayed said this was in recognition of his contributions as a poet and writer. Besides being a writer, Al Nama is a noted diplomat who served in India for long and wrote a book on Indian culture and traditions.

Katara Publishing House has so far published about 100 books, including 60 novels in Arabic, English and French and other books in Arabic on topics such as pearl diving, Oud, falconry, pigeons, dhows, and Arab art, novel and literature.

The collection also includes an anthology of Arabic poems on Prophet Mohammed (Peace Be Upon Him) selected from Katara Prize for Prophet's Poet.

Al Sayed said Katara Publishing House will release five new books during the opening ceremony in the presence of the authors who will sign the books.

Katara Publishing House is located next to Building No 15 at Katara, close to the Amphitheatre Boulevard.