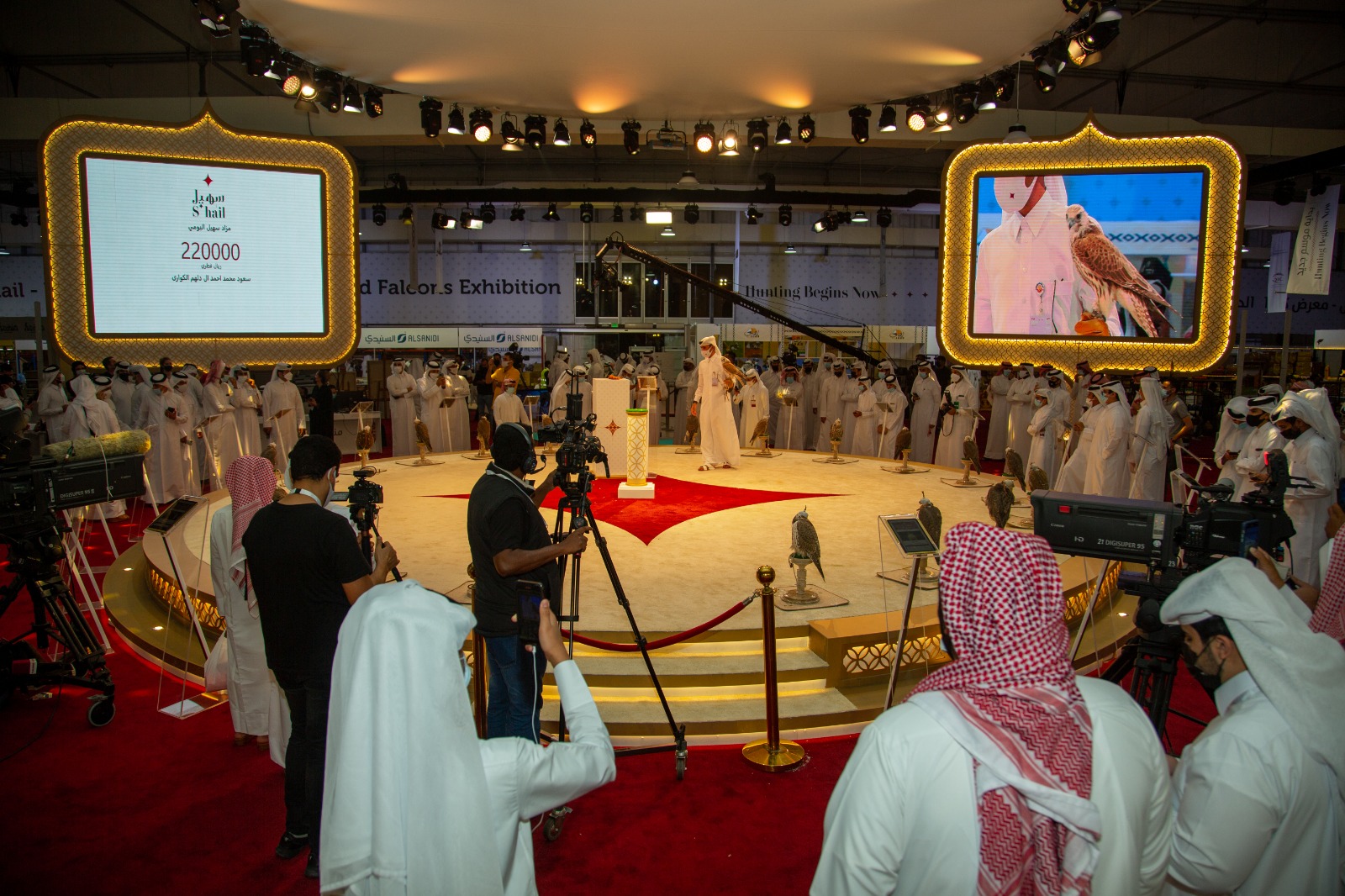 The third day of the fifth edition of S’hail - Katara International Hunting and Falcons Exhibition 2021 –saw another large turnout of visitors of different nationalities. The interest of people from various walks of life continues to grow in the exhibition which apart from falcons, falconry, hunting-related weapons, vehicles and caravans, also displays some of the best and chosen safari tour and camping needs.
The exhibition also witnessed a heavy official and diplomatic presence, represented by the visit of His Excellency Dr Abdullah bin Abdulaziz bin Turki al-Subaie, Minister of Municipality and Environment and Acting Minister of State for Cabinet Affairs, His Excellency Dr. Hamad bin Abdulaziz Al Kuwari, Minister of State and Head of Qatar National Library, and His Excellency Sheikh Falah bin Jassim bin Jabr Al Thani, HE Sultan bin Rashid Al Khater, Undersecretary at the Ministry of Commerce and Industry, and a number of Their Excellencies, ambassadors and members of the diplomatic corps, including HE Mohammed Jasim Uddin, Ambassador of the Republic of Bangladesh, HE Mr. Mohamed Mafaz Mohiuddin, Ambassador of the Republic of Sri Lanka, HE Dr. Rajab Ismail, Deputy Ambassador of the Republic of Kosovo and a number of wives of members of the diplomatic corps.
The visitors praised the amazing development and impressive results achieved by the exhibition in its current session, and its distinguished public presence, which proves Katara's prestigious position and the global fame it has achieved in hosting this major international event.
In this context, Abdelaziz Al-Bohashem Al-Sayed, Secretary and Exhibition Manager of the Organizing Committee, expressed his great delight on S’hail’s success locally, regionally and globally, noting that the exhibition has become an important global station and a prominent event awaited by falconers and lovers of hunting and excursions every year.
S’hail provides for modern products and new innovations in the world of hunting and falcons and as such he praised the official and public interest which gives the distinguished exhibition more success and growth.
Al-Sayed added that the Suhail Exhibition 2021 was able to draw the world’s attention to Katara, as it attracted from the largest international companies, which number 160 and display their latest products of weapons, guns, hunting supplies, trips and falconry supplies at the exhibition.
S’hail also witnesses the participation of many Qatari farms with falcons and birds, where their wings display the best and finest types of falcons, which are divided into dozens of species according to their sizes, weight, speed, endurance and flying capabilities.
Farm owners and falconers have always keen to participate in the exhibition as also falcon breeders who exchange experiences and expertise in the world of falcons and hunting. S’hail also provides an ideal international platform for buying and selling of falcons produced from the best farms.
Saud Salem Al-Athba, who is in charge of one of the falcons, informs that there are four main types: the Saker Falcon, the Jair Falcon, and the Shaheen in addition to other falcons such as the purer. It is one of the fastest and best prey in the air, and the best in turn to hunting.
The exhibition also has a prominent presence of companies specializing in providing hunting tools. Bouchenville from Belgium is one such which offers a luxurious range of products for the manufacture of knives from Damascus steel and animal skins.
Bochonville says that all the offered products of luxury hunting knives are handcrafted, where the blades are decorated with inscriptions and decorations  made of precious metals, some of them are Damask steel, others are a mixture of resin and bronze, while the sheaths are made of snake and elephant skins, while the handles are made of walnut and alloys of precious metals.
Bushon Fell at Bochonville expressed his happiness to participate for the first time in S’hail explaining that it is a wonderful experience.
He said he finds S’hail completely different and outstanding in comparison to other international exhibitions in which he has participated in Europe and America.
As many as 160 companies from 18 countries of the world are displaying their wares at the distinguished exhibition which is now known for its uniqueness and stature in the Middle East and North Africa region. 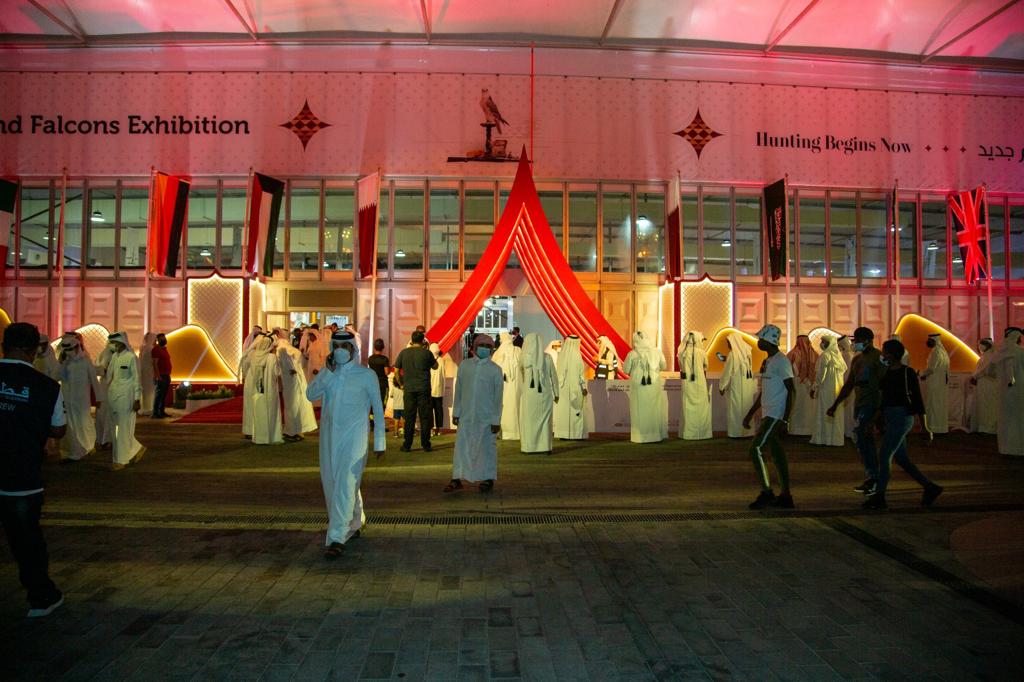 The fifth edition of S’hail – Katara International Hunting and Falcons Exhibition 2021 – got off to an expansive start at the... 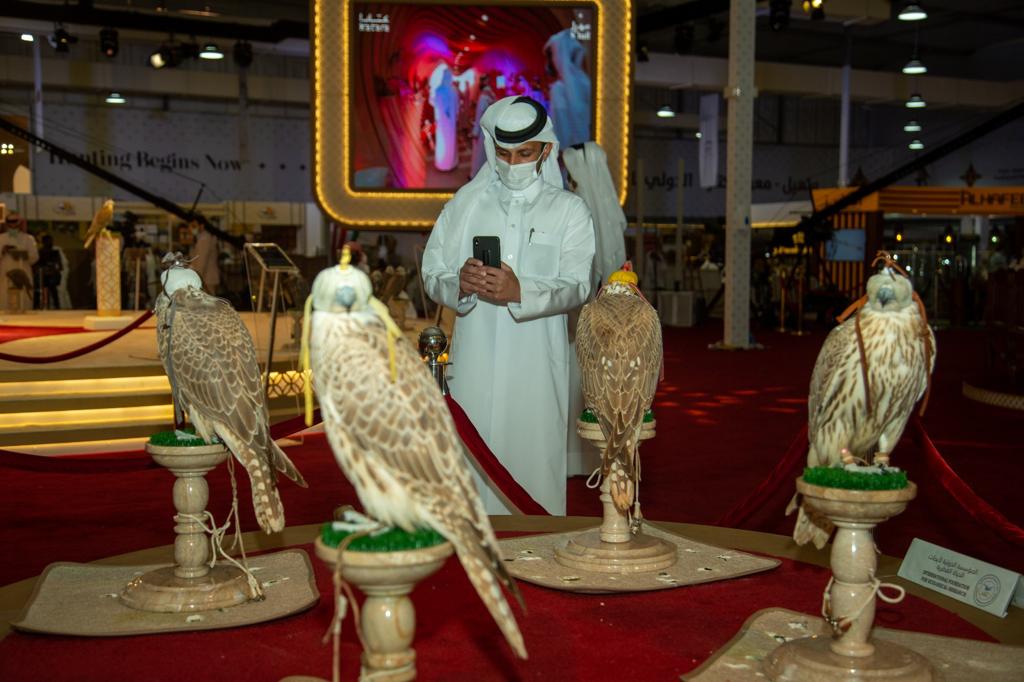 Shail 2021 continues to wow visitors in all its brilliance

The fifth edition of S’hail – the Katara International Hunting and Falconry Exhibition – continues its success story with all...